Our team is comprised of change makers, coffee aficionados and people passionate about creating inclusive communities. 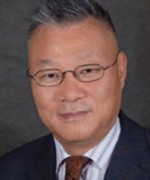 Peter Chung is a Vancouver-based entrepreneur with over 30 years of global experience in the fields of education, commerce, industry and real estate. Dr. Chung received his education from UCLA, Pepperdine University, California Polytechnic State University, Stanford and Harvard in the fields of Mathematics, Computer Science, Industrial Engineering and Business Administration and Management. In 2003, Dr. Chung received an honorary Doctorate of Humane Letters for his contribution to human welfare and in 2007 he was appointed Canada’s Honorary Consul to Paraguay. As Executive Chairman of Primacorp Ventures, Dr. Chung seeks to contribute to society by changing lives through education, service and care through private educational institutions and heath care facilities.

Dr. Chung’s humanitarian and charitable works include supporting and serving on the boards of Power to Change, Global Connections International and the Great Commission Foundation, amongst others. In 2008, through Lift Up Canada, Dr. Chung donated over a thousand scholarships for inner-city children to pursue post-secondary education. In 2008, he established the Joseph Chung Scholarship Fund at Regent College, which in addition to the Joseph Chung Endowments at Pepperdine University and Trinity Western University assist those pursuing higher education in the field of special education.

Joe’s Table Café is a very special project for Peter and Stephanie. After losing their eldest son, Joseph, in 2012, they are proud and honored that his legacy and welcoming spirit have inspired more inclusive communities. 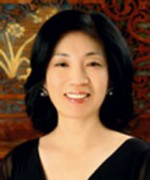 Dr. Stephanie Chung obtained her Bachelor’s of Music at the Seoul National University. Stephanie continued her studies in the Master’s program majoring in piano at the University of Southern California, Los Angeles. She also has an Honourary Doctorate Degree in Humanities conferred upon her by Trinity Western University.

Stephanie is currently the conductor for the Vancouver Zion Mission Choir, having led the choir at the Palace of Korean President and at Carnegie Hall in New York. While passionately pursuing her love for music, Stephanie has also been actively involved in the diplomatic community. Stephanie’s credentials include her post as a former Vice President of the Vancouver Consular Circle and an ambassador of GAiN (Global Aid Network). Stephanie is also the founder of Bethesda Parents’ Society, a support group for mothers and fathers of special needs children. She serves on numerous boards and participates in many philanthropic endeavors.

Joe’s Table Café is a very special project for Peter and Stephanie. After losing their eldest son, Joseph, in 2012, they are proud and honored that his legacy and welcoming spirit have inspired more inclusive communities. 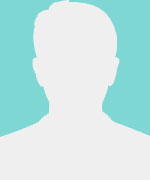 The retired President of Westcoast Energy, Art serves as Chair of the Vancouver Symphony Society. After four years as Chair, the VSO is experiencing a renaissance, yielding balanced budgets increased donations and a growing subscriber base. Art’s leadership extends far beyond the VSO. In sport, he held the position of Women’s National Volleyball Team Coach, a volunteer position, coaching the team to its first International medal. He became President of the Canadian Volleyball Association, establishing excellence in our National Team programs. For five years Art has helped the Alzheimer of B.C.’s Forget-Me-Not Golf Tournament to raise $400,000 annually, making it one of the most successful tournaments in Canada.

Art believes people have a responsibility to invest in the “social capital” of our community with time, talent & resources. Art is a respected leader, a life-long advocate for the arts, sport and volunteerism, and a philanthropist. His unique brand of leadership, modesty, compassion and dedication to his community is creating an incredible legacy. Art is a Director of Westcoast Energy Inc., having served 28 years with Westcoast Energy. Art’s last eight years there were spent as President and Chief Operating Officer. In addition to Art’s activities at Westcoast and the VSO, he holds numerous other directorships including Pacific Northern Gas, Union Gas, Columbia Power Corporation, Angiotech Pharmaceuticals Inc., and BC Lotteries Corporation. 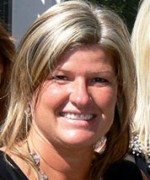 Annette Borrows has been serving people with disabilities towards employment for the past sixteen years. Her experience ranges from being an on-line worker in a residential home, a home share provider and an employment specialist for people that have persistent mental health issues, those with mobility issues and more recently has focused on transition of community inclusion to employment with agencies funded through CLBC.

Annette believes being an employment specialist for people that have a variety of abilities can be challenging but extremely rewarding when you apply the appropriate supports and career direction methods. There are a million ways to make a living and everyone has some way to contribute to employment success for people with a disability. 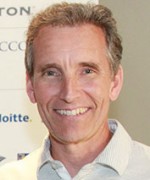 James Sutherland received his BA from Carleton University before pursuing a law degree from Queen’s University in 1989 and was called to the bar in 1990. In 2013, James was appointed as a Fraser Region Provincial Court Judge. Prior to his appointment, Sutherland was a partner with Sutherland Jette Barristers in Vancouver.

In addition to his contribution to the legal field, James also teaches as an Adjunct Professor at the University of British Columbia, Faculty of Law, as well as several continuing legal education programs. James is passionate about the value of sport, coaching minor hockey, baseball and soccer. He has been a member of the Leadership Council for Special Olympics British Columbia since 2004. As a parent of an individual with an intellectual disability, he has a valuable perspective and a strong voice, frequently speaking at numerous fundraising and volunteer education events.